Call us for more info:

Send us a message 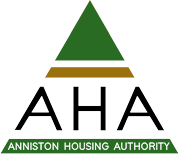 The Anniston Housing Authority is pleased to announce Gregg Fortner as the new Executive Director for the authority effective September 19, 2022! This transition comes as we say farewell to Willie “Sonny” McMahand, Jr., who will be retiring in December after 10 years of service.

Mr. Fortner is a native of New Orleans, LA, and a graduate of the University of Louisiana Monroe. He started his career in Public Housing as an Administrative Specialist at the Housing Authority of the City of Los Angeles (HACLA) in 1988. Throughout the years, Mr. Fortner furthered his career and knowledge of the industry, working in Sacramento, San Francisco, and Oakland, California. In 2009, he relocated to Miami, FL, and took on the role of Executive Director at Miami-Dade Public Housing & Community Development (PHCD) where he provided oversight for comprehensive management and residential services for more than 9,200 public housing and other subsidized units as well as 15,000 section 8 tenant-based and project-based units of assistance.

Most recently, Mr. Fortner was the Executive Director of the Housing Authority of New Orleans (HANO), where he brought the authority out of receivership from the United States Department of Housing and Urban Development (HUD). He has an extremely impressive resume and his role at AHA will be his fifth time as an Executive Director.

We welcome Gregg’s leadership and experience to AHA. The staff and residents are excited to have him forefront the next phase of growth for the company!!